The Nature of God

As someone who loves climbing in the red rock country of southern Utah and northern Arizona, I was thrilled by Elder Jeffrey R. Holland’s April 2015 conference address titled “Where Justice, Love, and Mercy Meet.” In the talk, he describes two teenage boys who get stuck on a ledge in Snow Canyon, Utah, unable to go back down, and uncertain if they can both reach safety on the ledge above.

After giving his younger brother time to leave, the older brother leaped, grabbed the edge of the ledge, and felt his fingers slipping, a prelude to his fall and death.

“But then suddenly,” Elder Holland recounted, “like a lightning strike in a summer storm, two hands shot out from somewhere above the edge of the cliff, grabbing my wrists with a strength and determination that belied their size. My faithful little brother had not gone looking for any fictitious tree branch. Guessing exactly what I was planning to do, he had never moved an inch. He had simply waited—silently, almost breathlessly—knowing full well I would be foolish enough to try to make that jump. When I did, he grabbed me, held me, and refused to let me fall. Those strong brotherly arms saved my life that day as I dangled helplessly above what would surely have been certain death.”

I love that talk, and I love the way Elder Holland tied it to the atonement of Jesus Christ. But that talk also became the basis for another key lesson I learned later.

Elder Stephen A. West served in the Church throughout his life, including as a general authority seventy. In 2015, he and I were serving together in a downtown Salt Lake City ward, I as high priest group leader, he as my first assistant, having become an emeritus general authority years before. We were seated in our high priest group meeting on Sunday, August 23, of that year when the instructor of our class showed a video of Elder Holland’s talk. After the lesson ended, Brother West turned to me and asked if he could address the class. I said that would be fine.

When Elder West stood, he was shaking—and not just because he was eighty years old. Elder Holland’s talk and the Spirit had brought an important but traumatic experience to his remembrance, and he wanted to relate it to the class.

When he was a young man, Stephen West too climbed a cliff, he said. When he reached sixty-five feet above the ground, the rocks to which he held suddenly gave way, and he had no chance to leap to safety. As he was falling, however, the Spirit brought a memory to his mind.

He remembered a tumbling class he took in middle school. His instructor had told the students that they were taking perhaps the most important class of their lives because in it they would learn to fall correctly.

As he recounted the experience to us, Elder West explained that those who watched him fall said he did a backflip, which allowed him to land on his feet. He broke numerous bones but survived. Had he landed on his head, of course, he would have died.

Elder West described the many hours it took to carry him out of the mountains and to a hospital, as well as the long period of recovery that followed. He then lifted his arms to shoulder height and told us that from the day of that accident on, he could never reach above his shoulders.

Six months later, Elder West passed away. But I will never forget the lesson he taught us that day. Sometimes the Lord keeps us from falling. At other times, He lets us fall but helps us know what to do so we can survive for a time.

Life has many purposes, one of which is to strengthen us through enduring trials. We were all born with a fatal condition called mortality, and someday we will all pass through the veil we call life into the spirit world. Whether that time comes today or decades from now, the Lord will help us survive and make each day a gift—if we will listen to the Spirit. 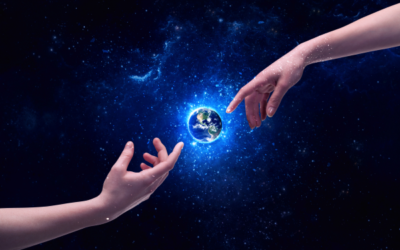 The Savior in His Great Intercessory Prayer, declared, “And this is life eternal, that they might know thee the only true God, and Jesus Christ, whom thou hast sent” (John 17:3). During his famous April 1844 general conference address that has come to be known as the... 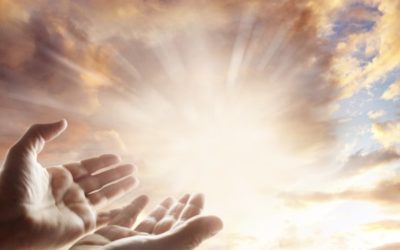 The revelation that is now section 93 of the Doctrine and Covenants is one of the most fascinating and revolutionary of all received by Joseph Smith. It reveals characteristics of God the Father and His Son Jesus Christ that had been lost through the centuries. It...