Faith, Part 1: How to Gain Faith by Choosing to Believe and Act

Faith in Jesus Christ is one of the first principles of the gospel. But what is faith?

Elder James E. Talmage of the Quorum of the Twelve was one of the most important doctrinal experts of his generation, as well as a noted scientist. He wrote in an elegant and intellectual way that many readers today find hard to understand. This is how he defines faith and distinguishes it from belief:

“Belief may consist in a merely intellectual assent, whilst faith implies such confidence and conviction as will impel to action. . . . Belief is in a sense passive,—a mental agreement or acceptance only; faith is active and positive,—such a reliance and confidence as will lead to works. . . . One cannot have faith without belief; yet he may believe and still lack faith. Faith is vivified, vitalized, living belief.” [James E. Talmage, The Articles of Faith, 10th ed. (Salt Lake City, UT: Deseret News, 1917), 98‒99.]

A simpler way of saying this is that faith equals belief plus action:

In other words, to have faith, you have to believe and then act on that belief.

Most people will agree that you can choose to act on something, but they may reject the idea that belief is a choice. For them, belief is something you either have or you don’t. But there is much more to it than that.

Samuel Taylor Coleridge, a pillar of the Romantic Movement in England, famously talked about what he called “poetic faith,” which he defined as a “willing suspension of disbelief for the moment.” People who live in the age of television, books, and movies choose to believe (or suspend disbelief) all the time. When watching television, for example, we temporarily allow ourselves to accept or get into the story we are watching, even if it is fictional, so that we can enjoy it.

In doing so, we are choosing to believe.

As we’ll see later, true faith that leads to salvation differs from poetic faith in that it has to have a true, rather than fictional, object. But initially for those trying to build faith from a starting point of skepticism or disbelief, the distinction may not be clear. As Alma put it, “Ye cannot know of their surety at first.” Instead, Alma suggests, just “experiment” with it for a moment. (Alma 32:26‒27.)

The experiment, as Alma describes it, begins with suspending disbelief. He uses the analogy of planting a seed. You can at least experiment by planting the seed, he says. You may not believe at first that the seed will grow, but you can at least try it.

Once we decide to believe, we must act on that belief. What does that mean? This is how Alma puts it:

“Now, we will compare the word unto a seed. Now, if ye give place, that a seed may be planted in your heart, behold, if it be a true seed, or a good seed, if ye do not cast it out by your unbelief, that ye will resist the Spirit of the Lord, behold, it will begin to swell within your breasts; and when you feel these swelling motions, ye will begin to say within yourselves—It must needs be that this is a good seed, or that the word is good, for it beginneth to enlarge my soul; yea, it beginneth to enlighten my understanding, yea, it beginneth to be delicious to me.” [Alma 32:28]

Little children do this all the time. When they are infants, they do not know whether they can move around like adults. But they choose to believe they can and begin taking small steps to get there.

At first, they move back and forth until they can roll over. Then they may pull themselves forward with their arms or roll to get closer to some object they want to touch or pick up. Eventually, they learn to get up on their knees and rock back and forth. After a while, they figure out how to crawl, then to stand, and then to let go of whatever is keeping them stable while standing. At some point, they take their first faltering steps, falling frequently but getting up and trying over and over again. They may even injure themselves in a fall, but they don’t let that injury stop them for long. Eventually, they learn to walk and then to run. After all of that experimenting, they finally come to know that they can move like adults because they are doing it.

So it is with faith. If you want faith, choose to believe and then to act on that belief, awkward or painful though it may seem at times. If you get hurt, don’t stop. Pull yourself together and try again. When you finally arrive at the point at which you are running spiritually, you will recognize that faith gives you far more freedom and insight than do disbelief, doubt, and skepticism. As Alma put it, it will be “delicious” to you (Alma 32:28).

In the summer of 1829, the Prophet Joseph Smith received a revelation that commanded, "Thou shalt declare repentance and faith on the Savior, and remission of sins by baptism, and by fire, yea, even the Holy Ghost." These fundamental principles and ordinances appear... 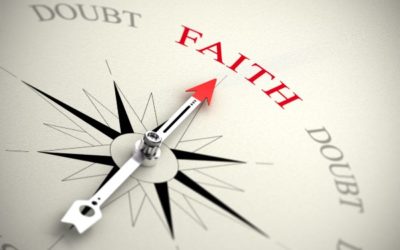 In the summer of 1829, the Prophet Joseph Smith received a revelation that commanded, "Thou shalt declare repentance and faith on the Savior, and remission of sins by baptism, and by fire, yea, even the Holy Ghost." These fundamental principles and ordinances appear... 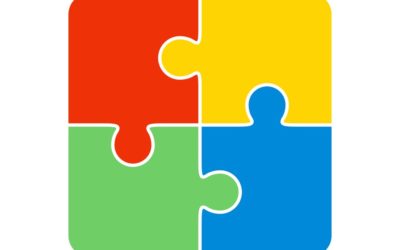 James E. Talmage clearly understood the idea that faith is belief plus action. His study of the scriptures had convinced him of this definition. But there was one scriptural passage that puzzled him because it seemed to be an exception to this general rule. In Elder...